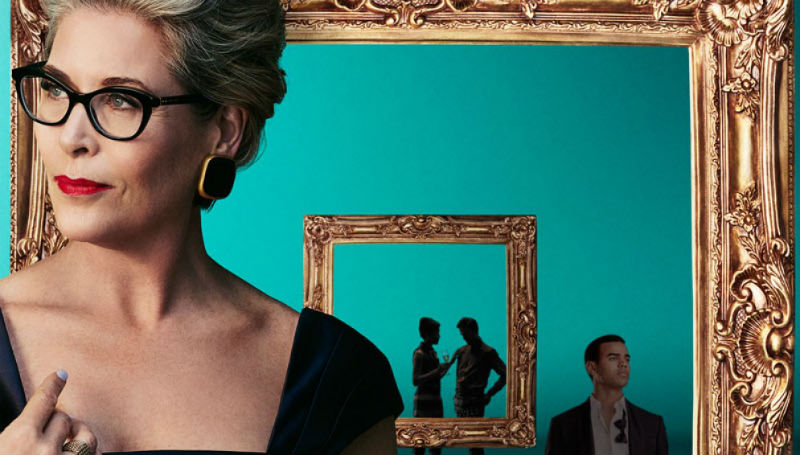 Written originally for the stage in 1990 then adapted into a film, Six Degrees of Separation is no newcomer to the scene. Thanks to a blend of superb canon to start with, intelligent set and lighting design plus well appointed casting, Auckland Theatre Company’s adaptation feels fresh, contemporary and still bears relevance today.

The premise that everyone in the world is connected to everyone else through a chain of six people is one that should resonate to most particularly in this digital age in which Facebook tracks your connections through your social network. Where playwright John Guare expands from this theory is by arguing that it’s not just six people but which six people.

Guare’s sharp and intriguing play is brought to life by a small but stellar ensemble cast which include heavyweights in the industry thus already raising the expectations considerably. The play is centered around Flan and Ouisa Kettridge, a rich couple who live the privileged high life in New York City whose lives are turned upside down when a stranger (played excellently by Tane Williams-Accra) stumbles into their home.

The Kettridges are portrayed brilliantly by ATC household name Andrew Grainger and the esteemed Jennifer Ward-Lealand who really needs no introduction. It’s always a treat seeing Ward-Lealand perform – she has a captivating stage presence and commands the stage with ease. Her and Grainger have great on-stage chemistry that was a delight to see and particularly engaging were the moments when they narrate directly to the audience; inviting us in to their world, personalizing the experience.

Another impressive aspect of the piece is John Parker’s set. Imposing columns give the performance space a cavernous depth and combined with the discerningly devised lighting by Jo Kilgour aptly give the overall ‘world’ not only a sense of grandeur but also conveys emptiness which feeds into the premise that while we are seemingly closely connected in this world, this still doesn’t take away feelings of isolation – something we can all relate to.

All in all under the skilled direction of ATC Artistic Director Colin McColl, Six Degrees of Separation is another slick production by Auckland Theatre Company. It’s entertaining theatre with weight – the lighthearted moments are enjoyable and well-placed but its underlying message is thought-provoking and challenging which will give you something to think about as you leave the theatre.

Six Degrees of Separation is on at the ASB Waterfront Theatre until 30 August. For more details and to book tickets, click here.

I am a freelance arts reviewer from Auckland, New Zealand. I love experiencing live entertainment and performing arts in all its forms and enjoy writing about the experience after. I started writing on my flagship website Whimsical Banana in 2011 while also reviewing for other publications like Keeping Up With NZ as well as penning TV reviews for FOUR/TV3. Between 2013 and 2015 I was based in the UK/Ireland where I joined Broadway Baby as a comedy and theatre reviewer. I feel extremely privileged to have gotten the opportunity to cover the Edinburgh Fringe in 2013 and 2014, where I reviewed a total of sixty-one shows. Now back on home turf, I have created this new website to coincide with my return to reviewing in NZ. I also hope it reflects how much I’ve grown and developed as a writer. When I’m not writing, I work full-time at Auckland Live as well as run BaristaCats Café, Auckland’s Central Cat Café. Throughout the month of August, I assist the Broadway Baby team from afar as a comedy and theatre sub-editor. When I am not juggling all these things, I enjoy TV, cooking/baking, a glass of wine with friends, and being a crazy cat lady.

Blast from the Past! (coming soon)

I am always keen to check out new shows while also seeking more writing experience so if you like what you have read and would love to have me contribute reviews or review your show - or if you just want to say hi - please get in touch! Tweet me, Facebook me or you can send me an email at faithashw [dot] AFTA [at] gmail [dot] com.